Unlike the Karma Chameleon of song lore, a “Commerce Chameleon” knows how to sell a contradiction. That’s because it can adjust to anything... 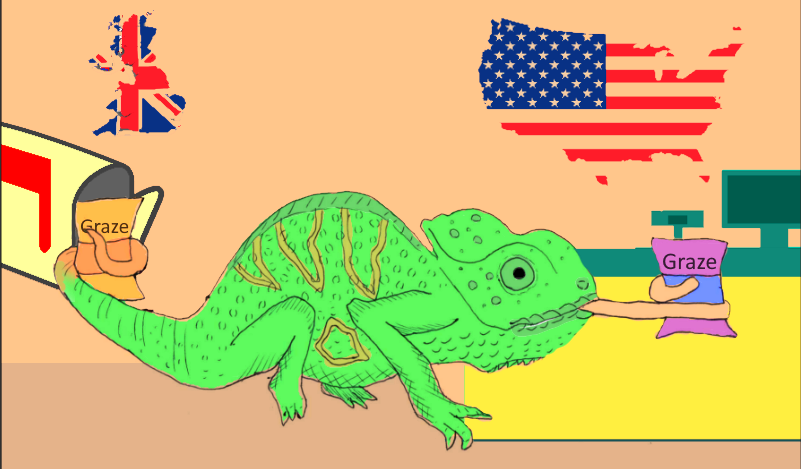 In the Culture Club song “Karma Chameleon,” the lyrics state:

Unlike the Karma Chameleon of song lore, a “Commerce Chameleon” knows how to sell a contradiction. That’s because it can adjust to anything, even opposite ends of the spectrum. What exactly is a commerce chameleon, you may ask? It is a nimble business that can quickly adapt–and even thrive–in a rapidly changing environment. Read on to learn about the company Graze (and to hear more lizard puns), and how they successfully adapted to various changes. For the conclusion, we will explore what Graze did right and how you can do it too.

Graze was founded in 2008, after the United Kingdom lowered postage rates on small but heavy packages. This presented an opportunity to sell snack foods via delivery. Graze had tremendous success, becoming a highly regarded UK brand. In fact, within the company’s first three years, they surpassed 100,000 weekly subscribers (1).

However, the food delivery market became saturated, and the company’s initial growth morphed into a dwindling market share. How did Graze respond? Like a chameleon expertly blending with a new environment, they entered the retail market. In 2015 they expanded into U.K. stores and were an immediate hit (just like the Culture Club song that topped the U.K. music charts in 1983). Graze was founded solely for the delivery market, yet ended up bringing customers to them–that’s how you sell a contradiction!

Of course, while adapting to market demands was key to Graze’s success, they needed their products to stand out on the store shelf. Can a chameleon stand out? You bet. Just look at the photo of the fellow below. When chameleons want to flaunt their goods, they do it better than anything else in the animal kingdom. Graze, with their variety of brightly colored packaging, creative snack names, and strong branding, appeared to be built for retail all along. 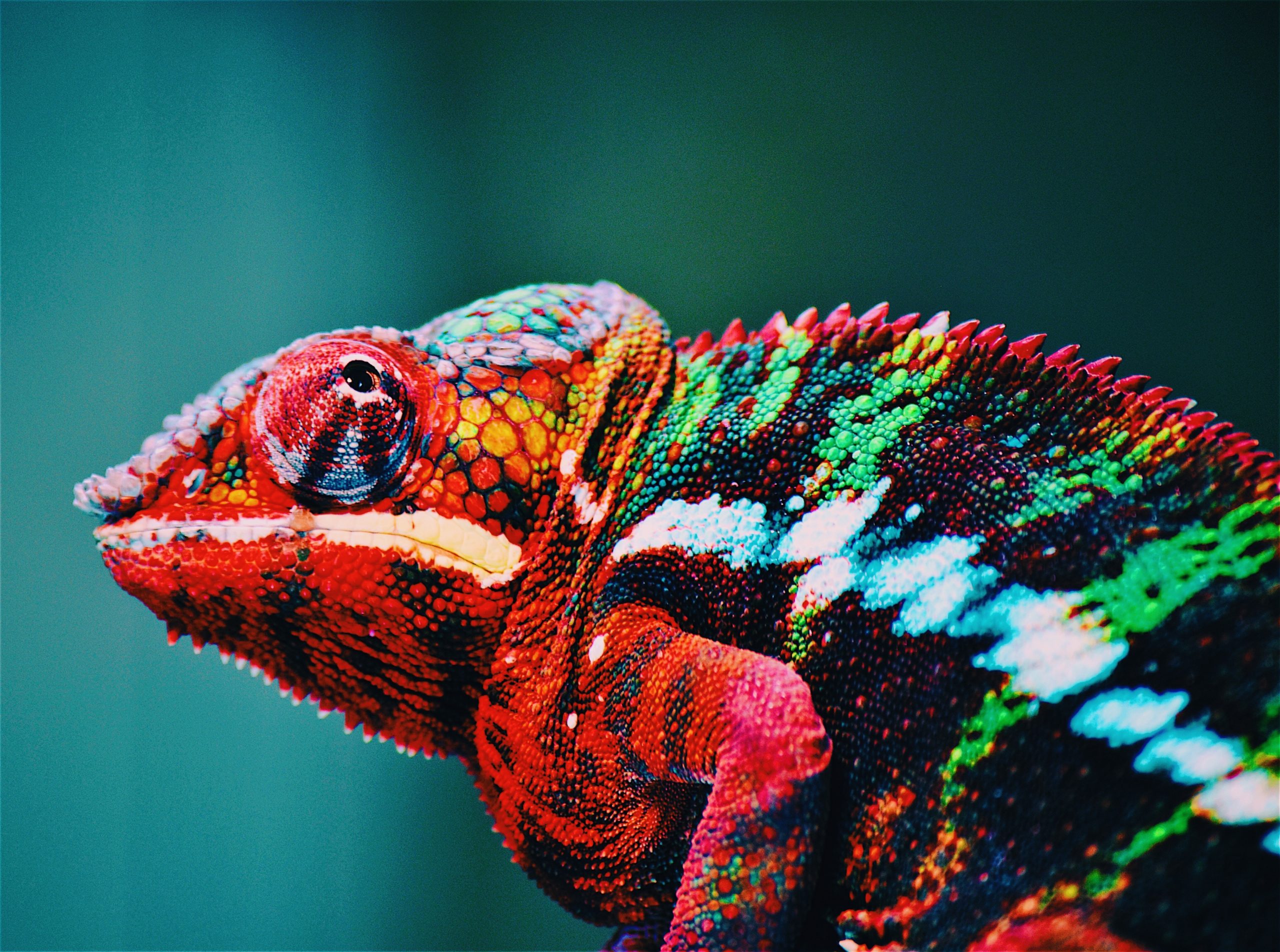 You are probably wondering if Graze did anything else for which we can contrive more chameleon metaphors. The answer is YES! Two years prior, in 2013, Graze decided to enter the U.S. market. Much like a chameleon unwittingly climbing on a boat and ending up across the pond, the company Graze ended up going across the pond to America. You may be thinking this metaphor doesn’t fit because surely the Graze executives did a ton of research and analysis prior to reaching their decision. You may also be thinking it doesn’t fit because this metaphor is actually a simile. While all of this is undoubtedly true, I stand by its intent. Just like an overwhelmed reptile not sure how to survive in a new environment, Graze actually came to the U.S. EXPECTING to fail. The plan was GO BIG, FAIL BIG, LEARN BIG, TRY AGAIN BIGGER.

The CEO at the time, Anthony Fletcher, described it in his own words, “Graze launched in every US state at once, but by rolling out quickly we expected to fail and were therefore prepared to concentrate on remaining agile throughout the launch, and being responsive and flexible to issues as they arose.” Did you hear that? Agile, responsive, and flexible. Ever seen a chameleon agilely hanging upside down and responsively changing its color while flexibly turning it’s eye to scope out it’s next meal? Me neither, but you can probably picture it and get the idea.

Graze did not limit the launch to initial test markets, but rather threw everything they had out there and then meticulously sifted through the data to see what stuck and what flopped. This is the part where you imagine a chameleon surrounded by bugs wildly slinging its tongue around to see what sticks. Then, based on the results, they dropped what wasn’t working and invested heavily in what was. Again, in Fletcher’s own words, “It was almost like a game. Every week we withdrew snacks that weren’t popular and backed the ones that were (source 1).”

The strategy paid off!  They were wildly successful, growing from 55,000 subscribers to more than 150,000 total subscribers after adding the U.S. market. In addition to the robust subscriber base, Graze also expanded into major U.S. retail stores, such as Walgreens. By 2019, Graze products were being sold in more than 30,000 U.S. stores (2)!

Did the overseas success continue for Graze? This is the part where we refer back to the lyrics from the Culture Club song:

They came. They went. Suddenly, unexpectedly, almost bizarrely, Graze closed up shop in the U.S. They canceled subscriptions and withdrew from retail stores. Some claim higher import tariffs are the culprit, although finding an official statement on the decision is like trying to find a chameleon in a jungle. The company has provided no public explanation for the move. The short-term results were devastating, and resulted in an 18% loss in overall business year-over-year.

Today, Graze is focused on Europe again. They have expanded into Ireland, Germany, Sweden, and the Netherlands to regrow their market share. Rather or not Graze can continue to adapt like a true commerce chameleon is yet to be seen. After buying the company in 2008, Carlyle ended up selling it to Unilever in 2019. Now on its third owner, Graze’s past business models may not apply moving forward.

What are some insights from Graze’s early success that we can apply to our own businesses?

Agility isn’t about movement for the sake of movement, but rather being ready to move deftly when it is advantageous.

Be bold, but be smart about it. Don’t be afraid to take on that new challenge you have been mulling over, however, don’t rush into it. Research the decision thoroughly before embarking and have a plan to capture data in real time (and a plan to adjust your strategy based on what the data indicates). A/B testing and Split Testing is a great way to try out new ideas. Other options include distributing a survey or running a full focus group prior to making large changes.

Graze made a bold decision when it decided to enter the U.S. market. They were even bolder in choosing to do a national launch instead of a regional test. Rather or not this was the wisest decision, they were thoroughly prepared with a strategy to mitigate risk. Graze created an online market research platform for U.S customers, and conducted beta-tests with nearly 100 key performance indicators measured across states (1). They analyzed the quantitative and qualitative data and determined taste preferences by region. Graze was bold but they had a plan. They had a plan before they entered the new market and they had a plan to flexibly make changes in real time once they were in-market. The smart way to be bold is with a good plan.

Regardless of what your products/services and consumer audiences look like now, be prepared to pivot. Brainstorm and research which potential new offerings and audiences make sense. This could lead to a proactive move to expand your offerings and/or consumer base. This could also prepare you to make a reactive move if market changes force you to expand (or contract) your offerings and/or your audiences to remain viable. In addition to analyzing your own business, it is important to anticipate changes and trends within your industry, and within the broader market.

In the case of Graze, it proactively expanded markets, first into the U.S. and then into other European countries, and also reactively expanded into retail stores in order to maintain sales. Whether or not you choose to make a move, be prepared for the possibility. Agility isn’t about movement for the sake of movement, but rather being ready to move deftly when it is advantageous.

Did you know a baby chameleon can eat thirty flies per day? We don’t consume insects (most of us anyway) but we should be consuming information voraciously. The other best practices are dependent on this one. If you try to be bold and agile without the proper data backing your decision, you’ll end up doing a double pirouette backflip that ends with a face plant.

Pertinent information is everywhere. Talk to your customers and your employees. Bounce ideas off friends and family members who don’t sugar coat things. Study your competitors and even mystery shop them. Look at things holistically and individually. When is the last time you’ve done a full review of your website? Do you know what your SEO looks like? How up to date are you on social media opportunities? Have you evaluated your marketing channels and spend recently? Be a voracious consumer of information! 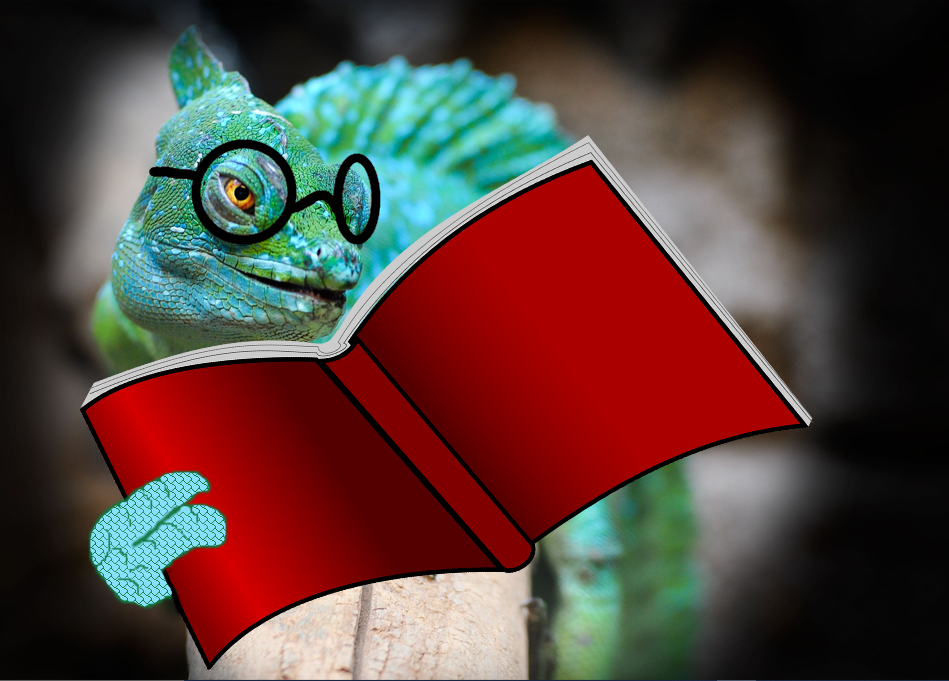 Thank you for reading through to the end. What’s that? You were expecting me to send you off with one last lizard joke? I’m not a stand-up chameleon!